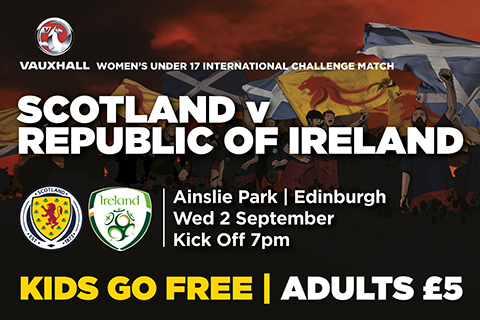 Scotland vs Republic of Ireland

Pauline Hamill has confirmed her Scotland Women’s Under-17 squad for the two matches against the Republic of Ireland at Spartans’ Ainslie Park next month.   Scotland will play their Irish counterparts twice in Edinburgh as part of their European Championship qualifiers preparations. Hamill’s side travel to Kazakhstan in October where they will face the hosts, Austria and Latvia in the first round of qualifying.

Spartans are delighted that the matches are being played at Ainslie Park and that our Premier League Team Goalkeeper Eartha Cumings is included in Pauline’s squad. Come along and support the girl’s in these important warm up matches.