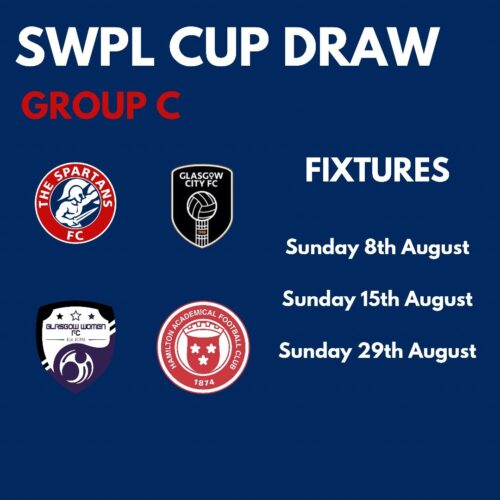 Spartans been drawn in Group C of the SWPL Cup alongside Glasgow City, Hamilton and Glasgow Women.

Debbi McCulloch’s side will kick off their fixtures hosting newly promoted Hamilton at Ainslie Park on August 8th.

Then we head West to take on Glasgow City a week later before jumping across the M8 again where they will play Glasgow Women.

The Group Stage draw features all 18 SWPL teams and four groups are drawn. Groups A and B will feature five teams and Groups C and D will feature four teams.  Eight teams will progress to the Quarter Finals.