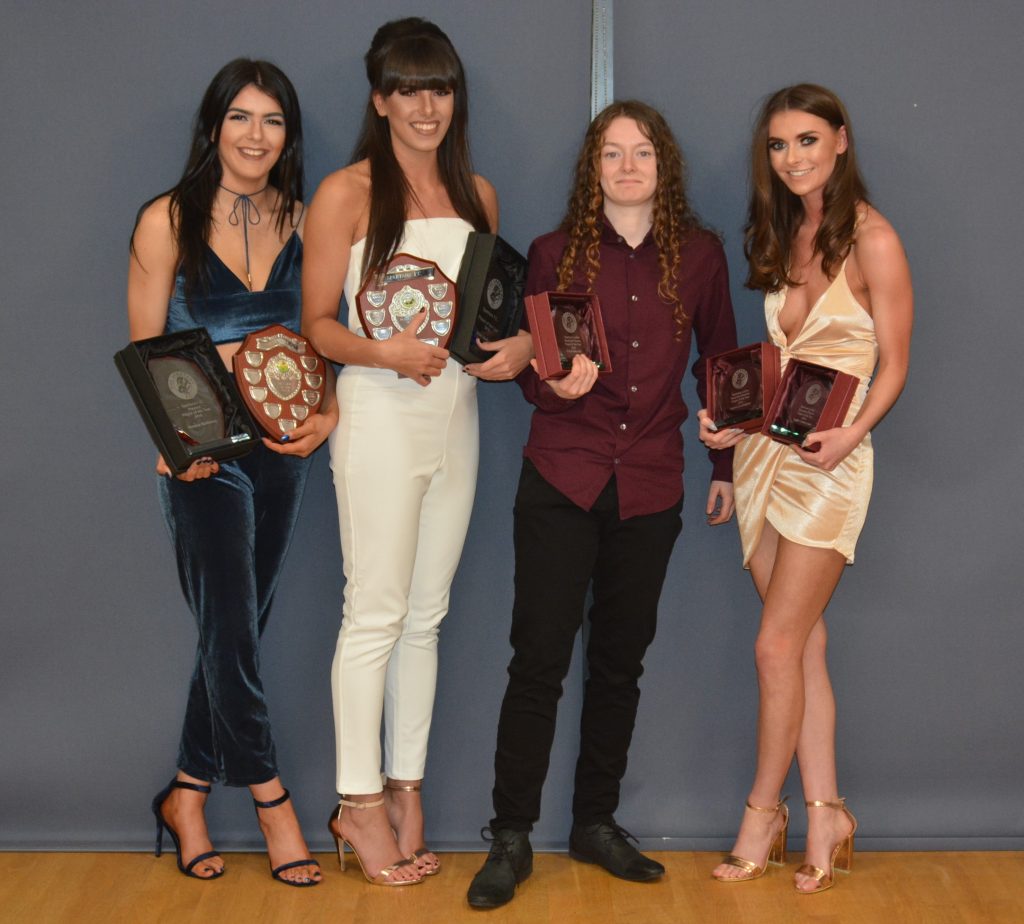 The curtain came down on the Spartans Womens’ 2016 season at the Annual Awards event at Ainslie Park on Saturday evening.

Both the SWPL and Reserves teams were in attendance to celebrate colleagues and their achievements during the year.

John Ritchie made a welcome return to assist Head Coach Suzy Shepherd in handing out the SWPL awards.

Voted by her peers, Dion McMahon was nominated the Players’ Player of the Year.  It was a Sister Act moments later when Simone McMahon secured the Coaches Award for a fantastic season.

Goal of the Season, as voted by those in attendance, was a close affair, with Alana Marshall’s fantastic free-kick effort against Aberdeen on the opening day of the season.

The Reserves had a tie for the Players’ Player award with Chloe Gilhooley and Sophie Cunningham unable to be separated by the popular vote.

Miss Cunningham didn’t have the opportunity to settle back in her seat before she was invited up by Coaching duo Aaron McGinn and Shaun Corrigan to collect The Coaches Player of the Season.