SWPL & Reserves End of Season Awards Night – Be Part Of It! 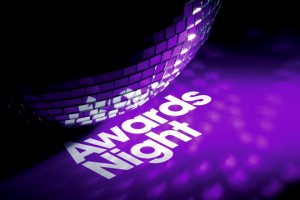 The season’s biggest event off the pitch, the Spartans Women’s  Awards Night 2014, will take place on Saturday 22nd November at the Academy.

Join the Players from the SWPL and Reserves squads at the home of The Spartans for a night food, drinks and camaraderie as the curtain falls on the 2014 season.

A ticket to the Awards Night is priced at just £10, which includes a free drink on arrival. This year’s ceremony will be slightly different from previous years with guests enjoying dinner ‘buffet style’ ahead of the main event of the evening.

The 2014 Awards Night represents a great way to honour both the achievements of this season’s squads and there will be no shortage of candidates for the awards across the two teams.

There will also be a raffle, so if you aren’t lucky enough to win an Award – you’ll still be in with a chance of walking away with a fantastic prize on the night!

The event kicks-off at 7pm with a disco – and maybe even a bit of Calverto’s Karaoke – to shake your snake-hips until 1am.

If you’d like to attend, please text Mark Brown on 0776 4149767, email him at markbrownspc @ gmail .com or on twitter at @spartansfcwomen by Wednesday 19th November.  You can pay your £10 on arrival in hard cash!