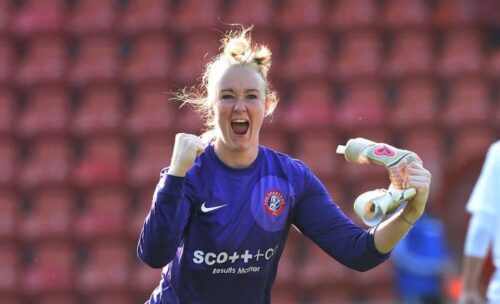 Harrison made her debut for the club in March 2010 in a hard fought 3-4 extra-time win on the road against Dundee United in the Premier League Cup.  Her side were to reach the Final, the first of four seasons in a row. 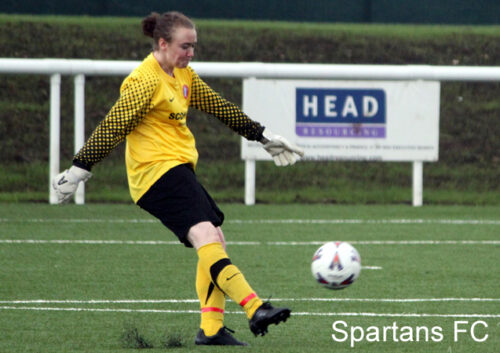 When incumbent keeper and Scottish Internationalist Jo Hutcheson hung up her gloves the following summer to teach in Malawi, Harrison didn’t need a written invitation to firmly establish herself as the Spartans No.1.

In 2015, Harrison went on her travels, first taking up the berth between the sticks at Hellas Verona in Italy, before moving to Danish outfit Fortuna Hjorring, returning to Edinburgh – and naturally Spartans – the following year.

Harrison was reunited with Kerr in 2019 when the former Spartans Player/Manager recalled the keeper to her Scotland squad for a two-match tour to La Manga, a recognition of a sterling performance under Debbi McCulloch’s stewardship at Ainslie Park.

Ahead of her 12th campaign in Spartans colours, the 31 year old spoke of her delight at signing a one year semi-pro contract with the club in the summer.  “After 10 amazing seasons at the club, I am really grateful to be given the opportunity to sign a semi-pro contract at Spartans. It’s a really exciting time for the club as we look to build from what has been a challenging 18 months for everyone. I am delighted to be able to continue to play my part in trying to bring more success to the club.” 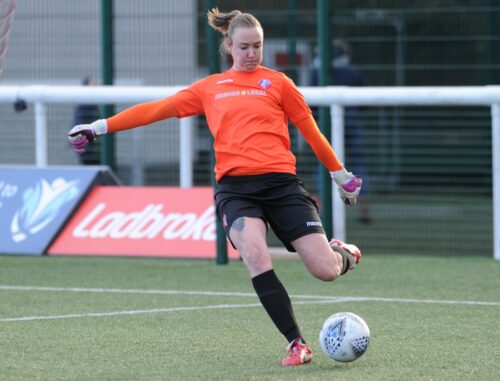 On Sunday, Harrison becomes the first Spartans Women’s player to make 200 appearances.  “I’m obviously delighted to reach this and I ’m proud to have represented the club for so long (and hopefully still a few more appearances to come!). This is a club that has a special place in my heart.”

With the inaugural double centurion not set to write up her memoirs just yet, there have been many highlights along the way.  “I’ve made such good friends throughout the last 10 years, people that I will call friends for the rest of my life and that’s something that I’ll always cherish.

“Reaching five Cup finals in the first few seasons here was also a memorable time. There have been loads of highlights over the years – the characters, the games, the supporters – too many to list – and of course becoming the first team to beat Glasgow City in the league for a decade which was something special.”

Remaining focussed on her career between the sticks has been boosted by support on and off the pitch throughout.  “I would never have had a career stretching this long if it hadn’t been for my mum and dad supporting me all the way through. They always encouraged me to go as far as I can in football, and that’s probably been my biggest influence off the pitch.

“On it there had been a few, but from a Goalkeeping perspective, no-one can fill the boots – or indeed gloves – of John Ritchie.  What a guy JR was!  He was respected by everyone in the game and coached me for 10 years, first at youth national level and then at Spartans.  I was privileged to work with such an inspirational and motivational person who became a good friend.” 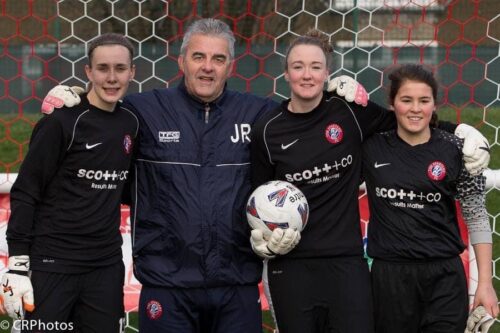 During lockdown, Spartans supporters may not have been able to get to the games however live matches on national TV and online allowed them to watch their team in action, something that Harrison sees as a major development in the game.

“The media coverage and interest in the women’s game has increased so much over the last decade and that has been great to see.  By showcasing talent, we will put players on a pedestal, create role models and create an aspiration statement for every young girl who wants to get involved in their local club.

“Girls now realise they can make a career out of it and chase their dreams – 10 years ago it would have been almost impossible.”

Manager Debbi McCulloch spoke of her delight at Harrison’s achievement. “I would like to take this opportunity to congratulate and thank Rachel for her contribution over the past 11 years. To be the first Spartans SWPL player to reach 200 appearances will be a proud moment not only for Rachel but also her family.

“ I’ve had the privilege to watch Rachel grow and mature on and off the pitch into the person she is today and we are all very proud of her and what she has achieved.  Her commitment, contribution and loyalty to the club, and our vision, should never be under estimated. 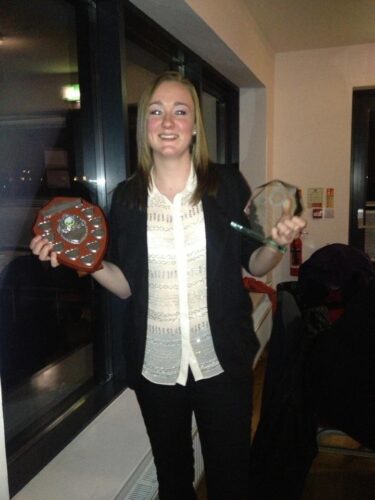 “Rachel arrived at the club as a young girl and is now an accomplished and well respected GK within the top women’s league in Scotland.  More importantly, she is a fantastic role model, for young girls across the country.”