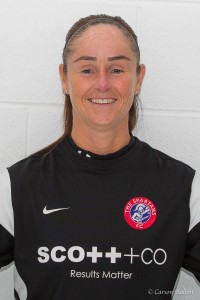 Spartans Manager Suzy Shepherd and Captain Katie Reilly both reckon Sunday’s League Cup opening round clash against Stirling University has come at the right time for their side, one which has been enriched by a host of pre-season signings.

The League Cup tournament kicks-off the 2016 season on Sunday at Ainslie Park with both clubs equally keen to get out the traps quickly and secure a morale boosting win in the first competitive match of the year.

Both sides will be involved in the newly formed SWPL 1 league however its early bragging rights at stake come 1pm.
Speaking ahead of the tie, Shepherd and Reilly gave their thoughts on how the pre-season has progressed and a look ahead to the game.

In her first ‘official’ game at the helm, Shepherd was looking forward to the challenge against what promises to be a tricky opponent in the way of the Students.

“Both squads will have changed a fair bit since last year and it’ll be an interesting game to begin with, that’s for sure. Irrespective of the personnel, we know what Stirling are capable of and the threats they pose. Last season they snatched a narrow win against us at the Academy and we’ll be going into the game determined not to let history repeat itself.” 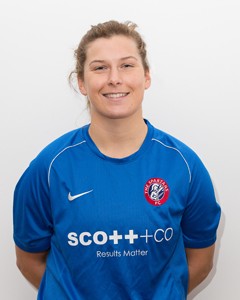 Reilly, retaining the arm band for the 3rd season, was in confident mood after what she describes as a ‘positive and productive’ pre-season.

The skipper said, “Over the last 8 weeks or so, we have seen a relatively new group of players work hard together, gel together and perform together both at training and on the park in our friendlies so far.

“The energy in the dressing room has been infectious and I think Sunday has come at the right time for us to have our first game where a place in the next round of a cup we have a proud history in, is at stake. “

Season Tickets will be on sale at the gate. Priced at just £30, they offer tremendous value for money across the season.