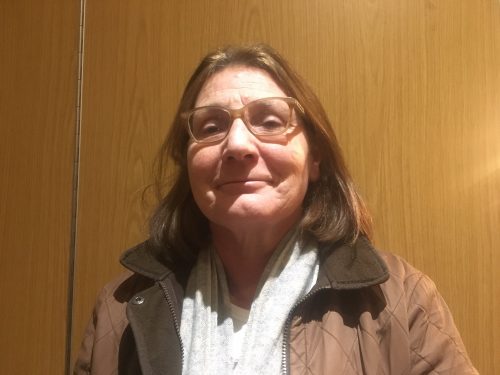 Spartans Girls’ and Women will head in to the forthcoming season with a new face at the helm of the organisation.

Anne McConaghy was successfully returned by members as their Chairperson at the recent AGM in what has been described as a ‘significant appointment’ by the Ainslie Park club.

Following her election to replace outgoing chair Walter McGill, McConaghy, the former SFA Head of Strategy and Partnership for Girls’ and Women’s Football Development, said, “First of all it’s great to be part of a club like Spartans.  It’s has always been a beacon of light in terms of how the Girls and Women’s game has developed.

“It’s also a club where Men and Women section aren’t in competition with each other and it’s quite clearly a partnership that exists within the organisation which is not only great for the development of football, but I think it’s also really positive for the Girls’ and Women’s game.

“Ainslie Park boasts fantastic facilities and within such a safe and welcoming environment, it offers fantastic opportunities for any young girl to develop their football skills.  It’s also got a great reputation for being a friendly place and I certainly wouldn’t hesitate in sending my Daughter here (if only she liked playing football!).”

After leaving her role at Hampden, McConaghy’s involvement within the game was limited to watching the odd game here and there. That was until she received a call from the Spartans Chairman, Craig Graham.

“I got a call from Craig who asked if I would like to get involved in the club. This presented an opportunity for me to put my toe back into the water and I’m really looking forward to being one of the people who pushes Spartans Girls’ and Women forward – I think it’s got a great future.”

Anne’s arrival sees the departure from the role of Walter McGill, a volunteer who she has a lot of respect for. Speaking of her predecessor, McConaghy noted, “I’ve known Walter for a very long time having worked alongside him on various committees as a volunteer. He is one of these people who not only loves his football but actually has a great loyalty to the Women’s game which is a lot richer for having people like him involved.

“He not only has a passion for the game but can see the benefits to having Girls’ & Women’s football at all levels.  It is the biggest growth area in Scottish football and perhaps more men like Walter being involved would be a great thing.”

With a female now at the helm driving the Girls’ and Women’s section forward, McConaghy has an open mind on whether gender is the key to success.

“Time will tell if it brings anything extra to it, but I do think first of all it sends out a message to other women who are involved within the club – whether it’s a mother who brings their daughter to play football or whether it’s a young girl looking to see where she can go with the game – not only would Spartans offer a situation where they could see every age group within the club if they join as a wee girl at 5 or 6 years old they’ll also see there are women  in key positions in the club – that can only be good for the future.”

Following the handover, Walter McGill commented, “It’s been a tremendous pleasure serving Spartans Women as their Chairperson. One of my highlights has to be the 3-0 win at Glasgow City last season, especially as I missed the previous victory due to my ‘Walter Mourinho’ cameo season with the Reserves!”

“However, I think for me, the biggest satisfaction of all has been the SWPL side recruiting three successive female head coaches throughout the years and now, by appointing a female chairperson, this allows a Girls’ and Women’s section to be run by a well-known female figure within the game.

“I’ve known Anne for circa 17 years and we’ve been round the block together via various committees including the reshaping of Women’s football. I stand down knowing Anne is a key ingredient that will take us to the next level and the club is in very safe hands. “

McGill may have stepped down, but he’s far from moving away.  Smiling, he added, “Oh, I’ll still be down during the week overseeing matters with the SWPL side, whether that be utilising my video skills from the balcony to making sure the balls are pumped up or taking money at the gate on match days!”