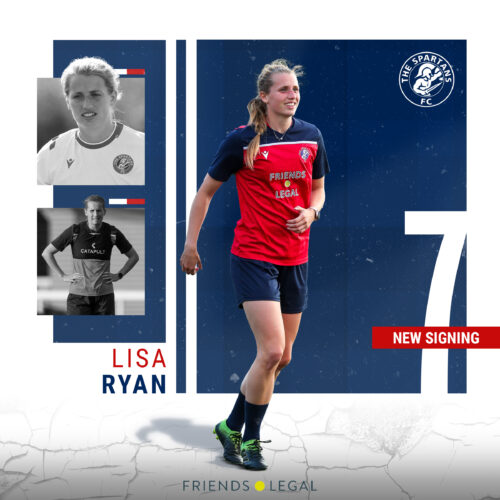 END_OF_DOCUMENT_TOKEN_TO_BE_REPLACED

Stenhouse is a Spartan 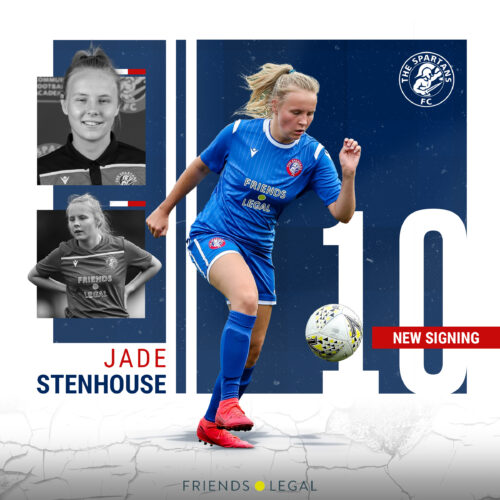 Spartans Women is delighted to announce the signing of Jade Stenhouse. Jade joins Spartans after a short and successful spell with Hutchison Vale Girls in the Championship. Prior to this, Jade was part of our Girls Academy for three years, where she played for our Under 19’s National Performance team.

Speaking on returning to the club, Stenhouse said: “I am delighted to sign for Spartans for the upcoming season. The staff and players have been very welcoming and there is a great atmosphere at the club. From speaking to Debbi, and some of the girls, I instantly knew it was something I wanted to be part of.”

“This will be my first season playing SWPL 1 so I’m expecting this season to be a big challenge however our team is full of talented and experienced players and I feel extremely grateful to of been given the opportunity. I’m really looking forward to being part of the Spartans journey and contributing to helping the team deliver our aims and objectives.”

END_OF_DOCUMENT_TOKEN_TO_BE_REPLACED 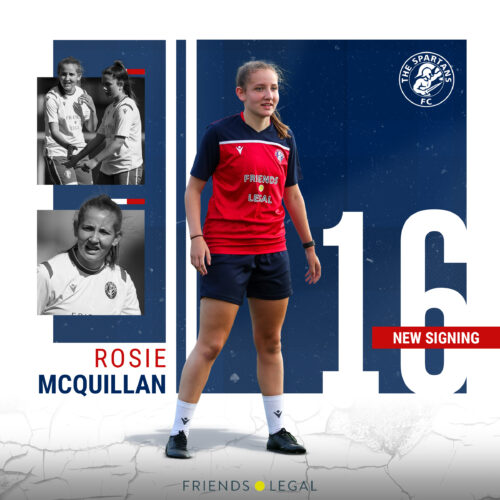 Striker Rosie McQuillan has joined Spartans F.C. on a one year semi-pro deal from Rangers Women F.C. The 17 year old was a part of the Rangers Women Academy and continued her development at the club with both the first team and under-19 squad before going out on loan to SWPL 2 side Glasgow Girls & Women F.C. back in December 2020.

With a smile on her face, McQuillan discussed what it means to sign for Spartans: “I’m absolutely delighted to be joining Spartans for the upcoming season. It is a club I have always admired and after speaking to Debbi about the clubs ambitions and plans for the future it was an offer I couldn’t turn down.”

END_OF_DOCUMENT_TOKEN_TO_BE_REPLACED 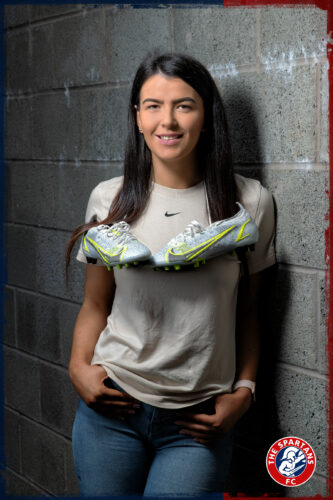 END_OF_DOCUMENT_TOKEN_TO_BE_REPLACED

Spartans F.C. Women are delighted to announce that midfielder Tegan Reynolds has signed a one year deal with the club.  A product of our Girls Academy, Reynolds has over 70 SWPL 1 appearances for Spartans F.C. and is very much looking forward to competing in her sixth successive season at the top level.

Reynolds commented: “I am extremely grateful to be given the opportunity to sign a semi-professional contract at a club that means so much to me. The club has played a massive part in my development as a player and as a person for the last five years and I am looking forward to the challenges ahead in what looks to be the most competitive season yet.” 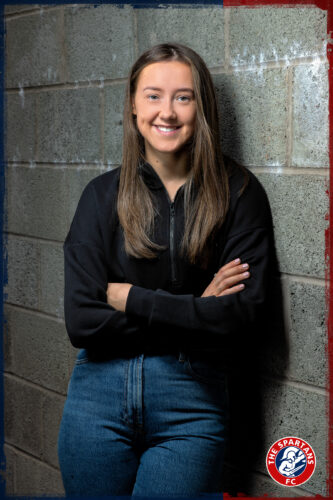 END_OF_DOCUMENT_TOKEN_TO_BE_REPLACED

The 18-year-old joined Spartans back in June 2019 from Hibernian Girls Academy and has a total of 36 SWPL 1 appearances already under her belt.  An attacking winger, with an eye for a goal, and an ability to glide past opponents, Gibb played a consistent role in Debbi McCulloch’s squad throughout the  2020-21 season. 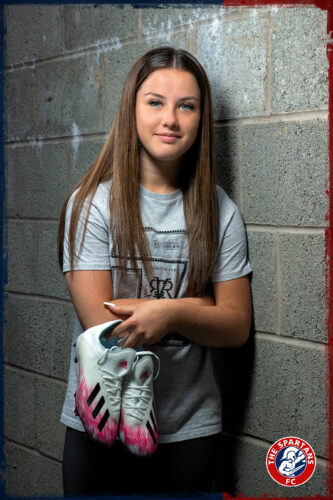