Reilly and Marshall set to lead team into 2016 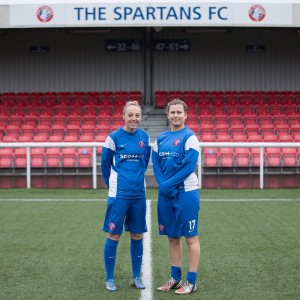 Katie Reilly and Alana Marshall will lead Spartans into SWPL 2016 after Manager Suzy Shepherd unveiled the duo as her Captain and Vice-Captain for the season ahead.

The announcement, made as the squad returned to pre-season training after their winter break, sees Reilly maintain the coveted armband for the fourth successive season.

Reilly will be assisted by Marshall in her role as Vice-Captain.  With 81 appearances under her belt, the experienced playmaker enters her 5th season at Ainslie Park.

Further squad news will be announced early next week.