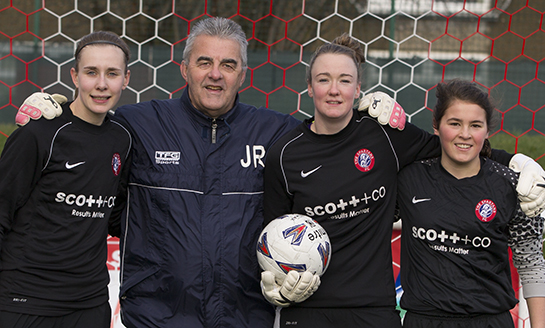 Rachel Harrison, Lana Clelland and teenager Eartha Cummings have been invited to attend this weekend’s National training camps at Toryglen.

Ahead of the meeting, Spartans goalkeeper Rachel Harrison spoke of her delight at being selected, “I’m absolutely thrilled at being one of the four goalkeepers who have been offered the opportunity.  I was fortunate enough to have been invited last year and relish the opportunity to join the squad session again.  I think it shows to anyone that if you work hard enough, it will pay off and eventually you’ll get a chance.”

After returning back to pre-season training after an ankle strain, the 24 year old shot-stopper is keen to pull on the gloves & get back between sticks, “It’s been a long three months without football however I’m glad to be back to full fitness and I’d like to thank Tony Crooks (the Club Physio) for his support and no doubt, patience!

Harrison will be joined by Spartans team mate Lana Clelland, who celebrated her 21st birthday earlier this week.  Midfield playmaker Clelland recently featured in the National side’s visit to play in an International Friendly Tournament in Brazil. 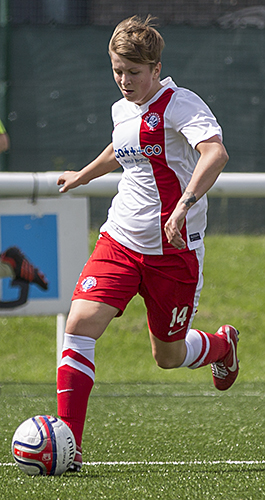 Scotland Women’s Coach Anna Signeul is expected to use the 25 women strong camp to prepare for their first match of the year, a friendly against Finland on Thursday, 13th February.

Meanwhile, Spartans are also represented in the U/16 Women’s Squad session at the same venue.

Eartha Cummings, who featured in last Sunday’s 2-1 win for the Seniors against Queen’s Park, will join a host of her peers as the future of the nation gather to be put through their paces.  At just 14 years of age, Cummings is tipped by Harrison to be one to watch for the future. “I’m delighted for Eartha.  She’s such a confident young lady who has great potential and I’m glad she is part of the Spartans family.

“I’ve got absolutely no doubt that Eartha will make it in the Senior side at Spartans in the near future and in future years, we’ll all remember where we saw her first.”

Harrison, in her fourth year at the Club, offered child prodigy Cummings sage words of advice for the year ahead, “Just keeping working hard, but first and foremost, enjoy it.”