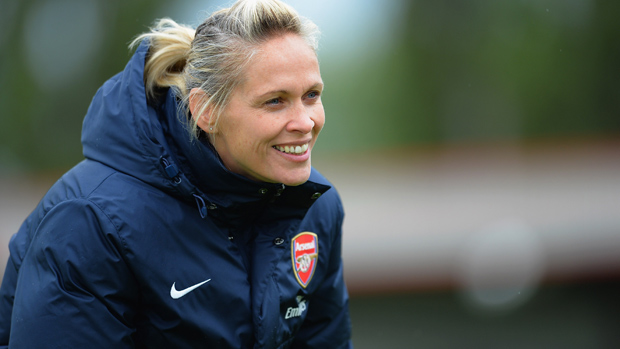 Shelley Kerr who had a successful spell at Spartans as a player and head coach has opened an exciting new football services website. During her playing career Kerr won every domestic honour in Scotland and played in the UEFA Women’s Cup. She also represented Doncaster Rovers Belles in England.Shelley a former Scotland captain winning 59 caps between 1989 and 2008 is available for coaching consultancy, scouting services and media services.

As a coach, Kerr gained experience at Kilmarnock, Hibernian and Spartans while progressing through the Scottish Football Association’s (SFA) Long-term Player Development pathway, eventually taking charge of the Scotland women’s under–19 national team in 2009. She gained the UEFA Pro Licence in January 2013, shortly before leaving the SFA to manage Arsenal Ladies where she twice won the FA Cup. If you require any assistance then Shelley has an abundance of experience which she can share with you and help you achieve your goals.

You can still find Shelley from time to time around the Spartans Football Academy taking in Men’s and Women’s matches, such is her appetite for the game.

Following Shelley to Spartans is 17 year old daughter Christie who is part of the Spartans Women’s Premier League squad, currently looking to gain her match fitness after returning from an ankle injury picked up while at Watford Ladies, Christie will be looking to make an impact in the near future.

To find out more about Shelley’s football serves visit http://www.shelleykerr.co.uk