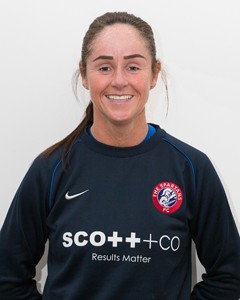 Suzy Shepherd’s SWPL 1 pre-season preparations have been handed a double boost with the signings of talented duo Zoe Johnstone and Carla Boyce.

Following last week’s return of the talismanic Alana Marshall, Shepherd notes the arrival of the pair as a “fantastic boost for the squad” as the build-up ahead of the 2017 campaign continues.

With International experience behind them, Johnstone and Boyce are two highly respected players in the top flight and the Club are delighted to have them on board.

Speaking ahead of another fast-paced training session, both new recruits spoke of their desire to get more game time and play a pivotal role within the Manager’s plans. 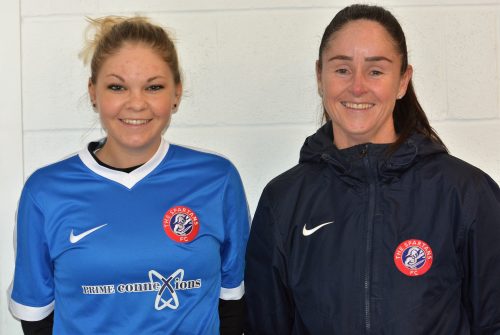 23 year old Sports Psychology student Johnstone, who signed from Hibernian Ladies, said of the move, “With lots of competition for places at Hibs the opportunity to play was limited and at the end of last season I looked around to see what my options were and Spartans were the club than impressed me most.”

The former age-grade International attacking midfielder has bedded in quickly to the new surroundings and was full of praise for her new team-mates.

“The girls when I first arrived were really welcoming and friendly plus it looks like a good challenge as well. I want to develop and progress as a player and I want that competition to make me better. I also want to help make my new club finish as high up the league as possible and challenge for trophies too.” 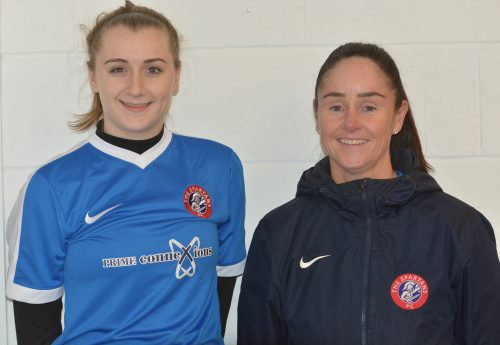 The loan deal has been initially agreed for the first half of the season and it’s an opportunity the teenager is looking forward to grabbing with both hands.

“Similar to Zoe, the move will hopefully allow me to benefit from more game time in the top league and develop as a player.

“The move is ideal for me also as I am now studying in Edinburgh which has naturally created some logistical challenges in getting back and forth from Glasgow a handful of time during the week.”

The 18 year old striker is looking forward to getting stuck in, for at least the opening half of the campaign, under her loan deal.

“I’m really keen to get back doing what I enjoy. Playing football more regularly and scoring goals!”

Manager Suzy Shepherd added, “I’m delighted to have secured the services of Zoe and Carla. These are two exciting, talented players and I look forward to working with them as the season unfolds. I’d like to also thank Scott Booth and City on their assistance in facilitating the loan deal that brings Carla to Ainslie Park.”

The Ainslie Park side will be looking to build on last season’s fifth place finish when the season kicks-off with a hat-trick of away days beginning with a roadtrip to Aberdeen Ladies on Sunday 12th March.