Sky Sports Cup | Quarter-Final Up Next 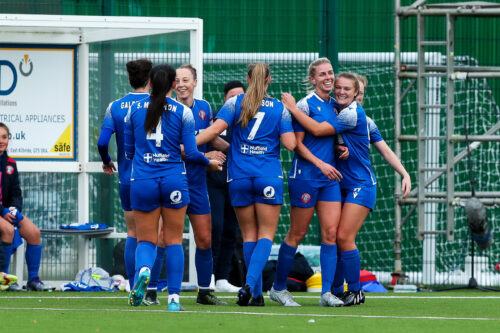 A place in the Sky Sports Cup semi-final is at stake this weekend as Spartans travel to the Excelsior Stadium to take on Celtic. Both sides reached the semi-final stage last season, with Celtic going on to become champions, defeating Glasgow City in the final.

When the two sides last met in the league, Celtic ran out 4-0 winners in Airdire, the home side being awarded two penalties on the day and Spartans having a goal ruled out early on in the fixture.

Celtic have been flying high in the league so far, having won all their games to maintain a 100% start. Fran Alonso’s side have been clinical going forward, both Jacynta and Larisey have 11 goals to their name at this point of the season.

Spartans go into the cup match-up with good momentum, unbeaten in their last four outings. Marshall and Galbraith linking up plenty over this time period with the duo linking up for 7 goals and 5 assists. Spartans are also boosted at the back with the arrival of defender Julianne Ross, the American with a solid first outing in her SWPL debut v Motherwell.

Ronaigh Douglas spoke about the squad’s confidence following knocking out Hearts on penalties last time out in Sky Sports Cup action. Full thoughts from Douglas are available to view here.

The game on Sunday is a 2pm kick off at the Excelsior Stadium, tickets are available here.