Spartans celebrated the 2013 season in style at their annual awards dinner at Ainslie Park with top awards being distributed to both players of the Premier League team and the Reserves.

After securing 4th place in the Scottish Women’s Premier League and reaching the League Cup Final for a fourth successive year, and the Reserves winning the league runners up spot, the awards dinner was an event to reward those who had shone throughout the season.

The Reserves awards,  were presented by Assistant Manager Jason Cross The first award was given to Top Goalscorer Ann Smollet for her amazing contribution to the total tally of 146 goals. 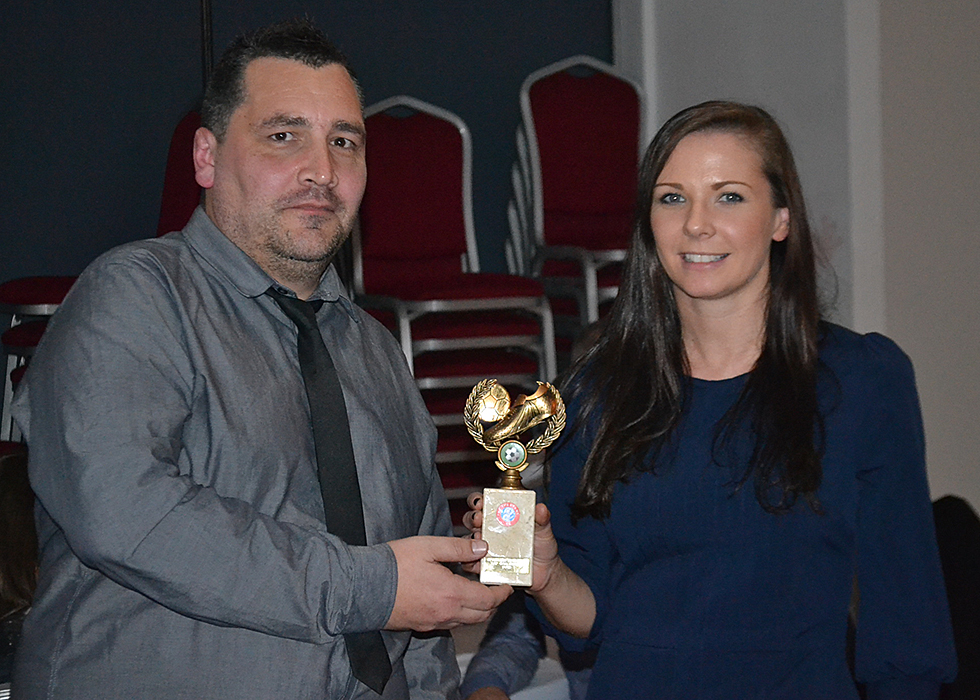 Next to be presented with an award was Heather Smart who was chosen as the most improved player in the 2013 season. 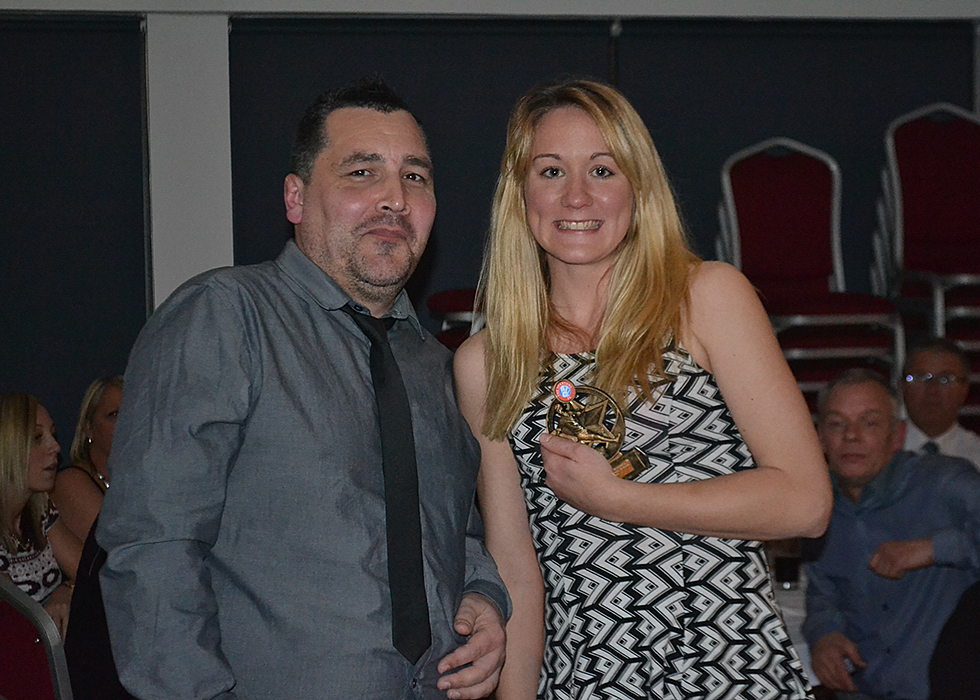 The Players Player of the Year went to midfielder Heather Laing. 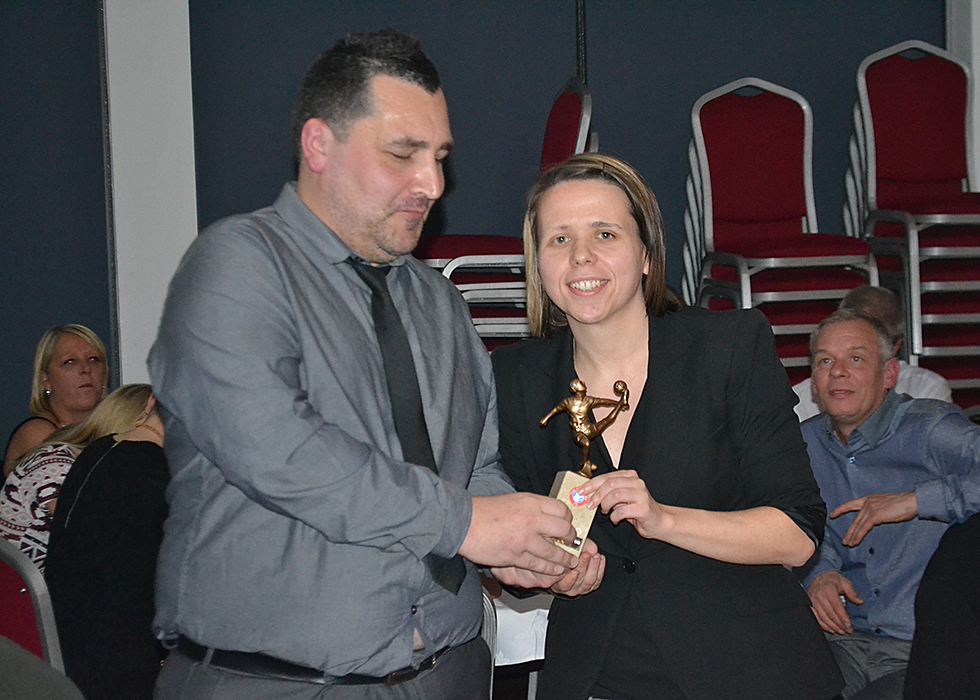 The final award for the Reserves was the Coaches Player of the Year which went to Rhona Stewart who unfortunately was not able to attend.

The first award to be presented by General Manager Carson Ralton was the Supporters’ Player of the Year – an award to highlight the huge backing from sponsors, friends,  families and supporters of the Spartans Women’s Teams. With the votes cast the award was presented to Alana Marshall who has excelled at the club since her move from Rangers 18 months ago. The runners-up place went to one of Spartans and Scotland’s rising stars Stephanie Briggs. 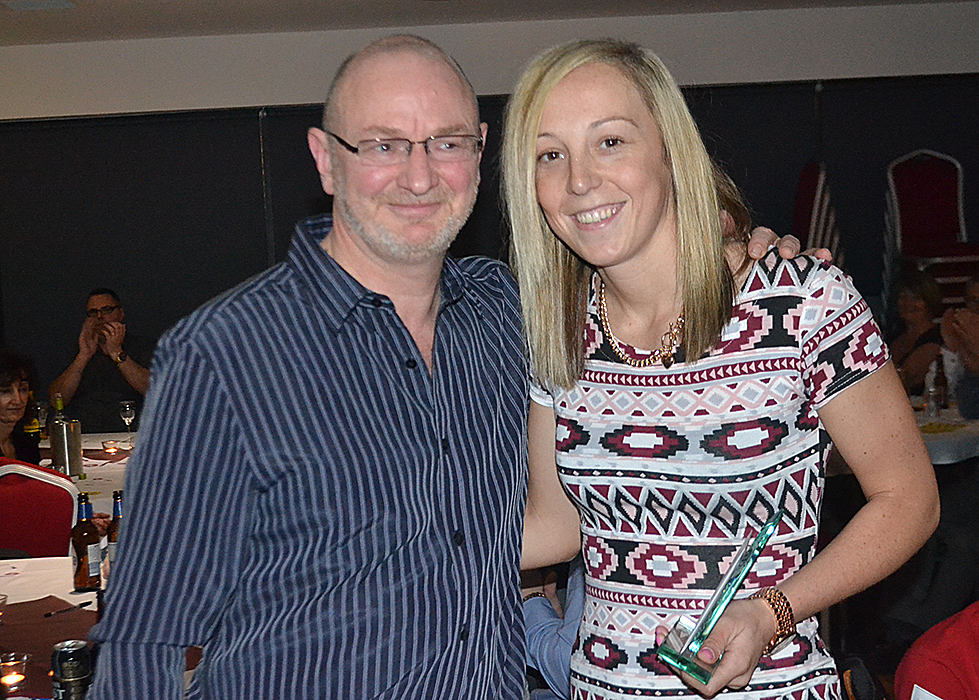 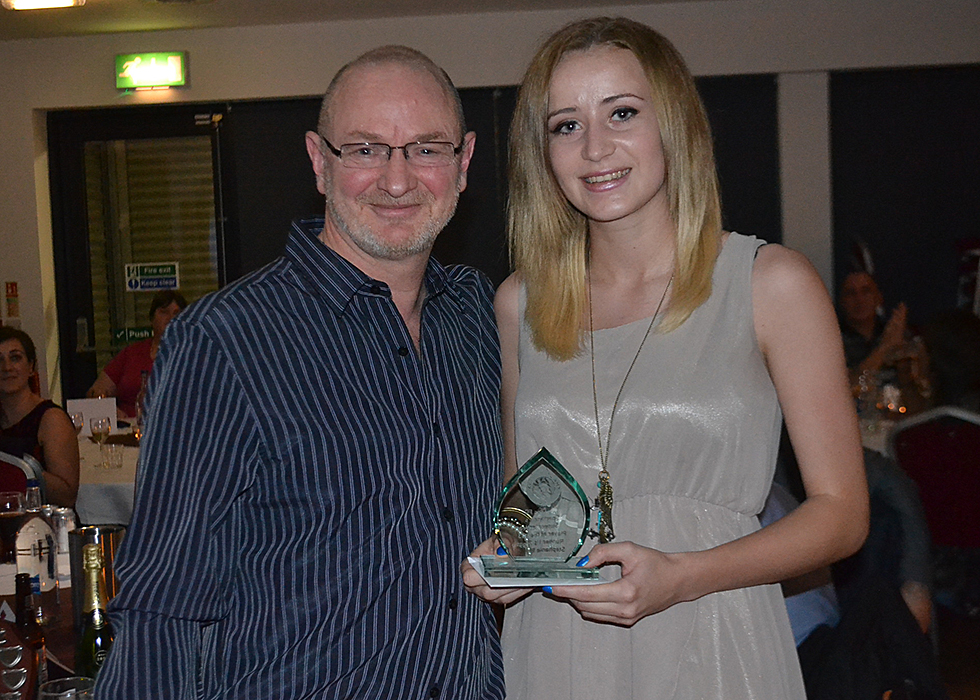 That was followed on the night by the Goal of the Season award by Spartans Manager Debbi McCulloch. With six goals to choose from, the night’s guests chose a strike by Lana Clelland against Celtic at Ainslie Park. 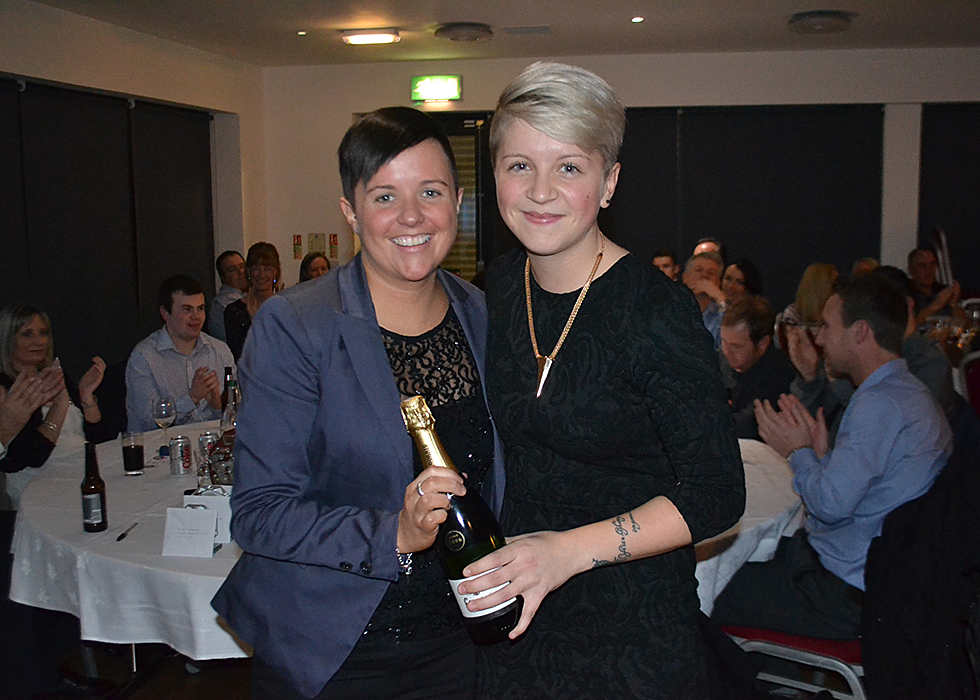 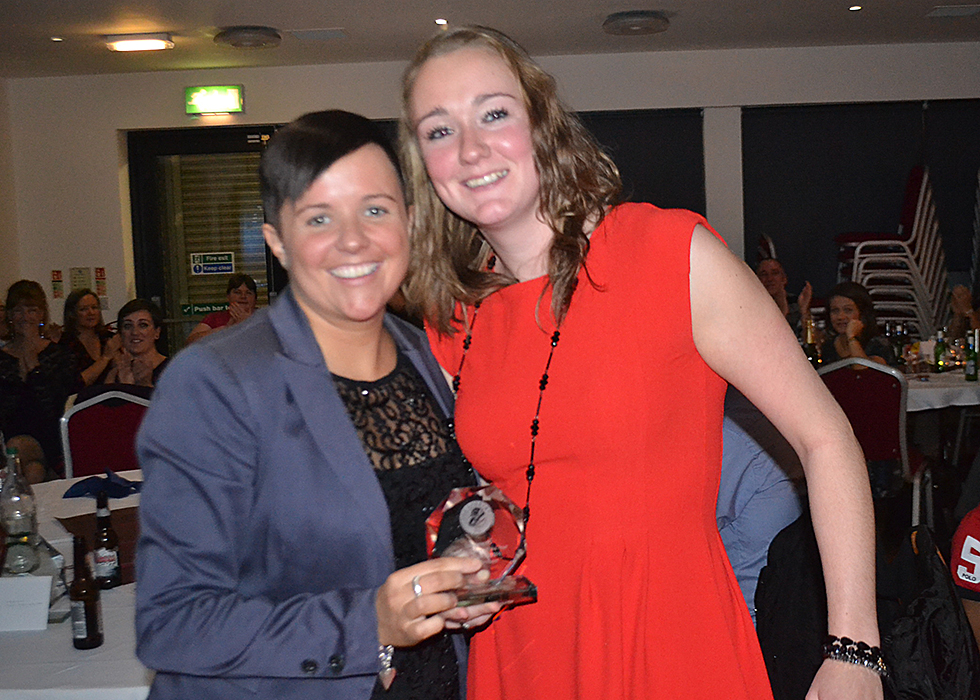 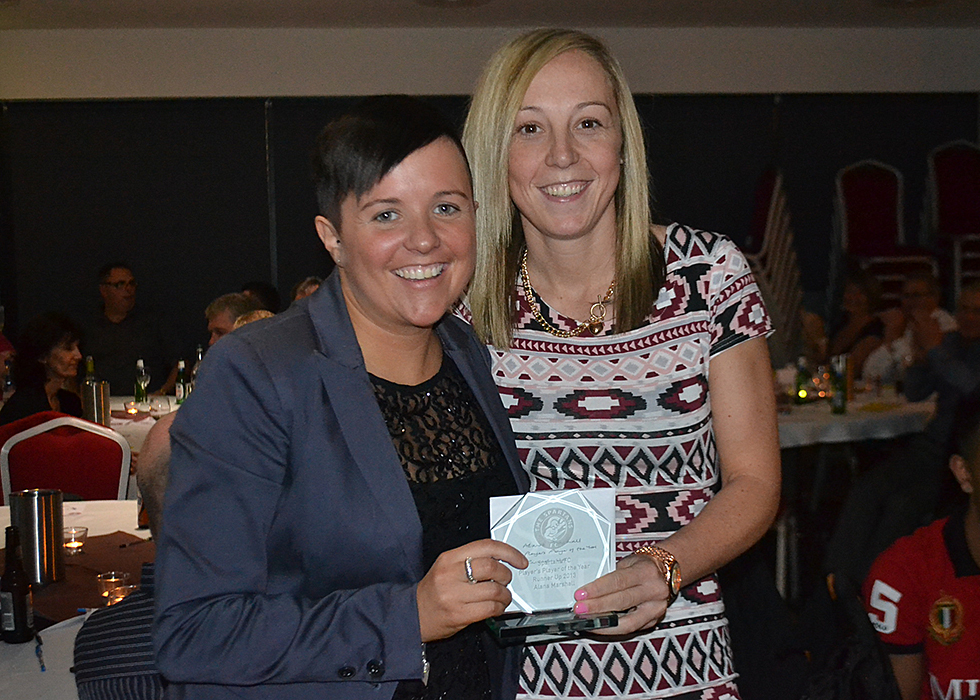 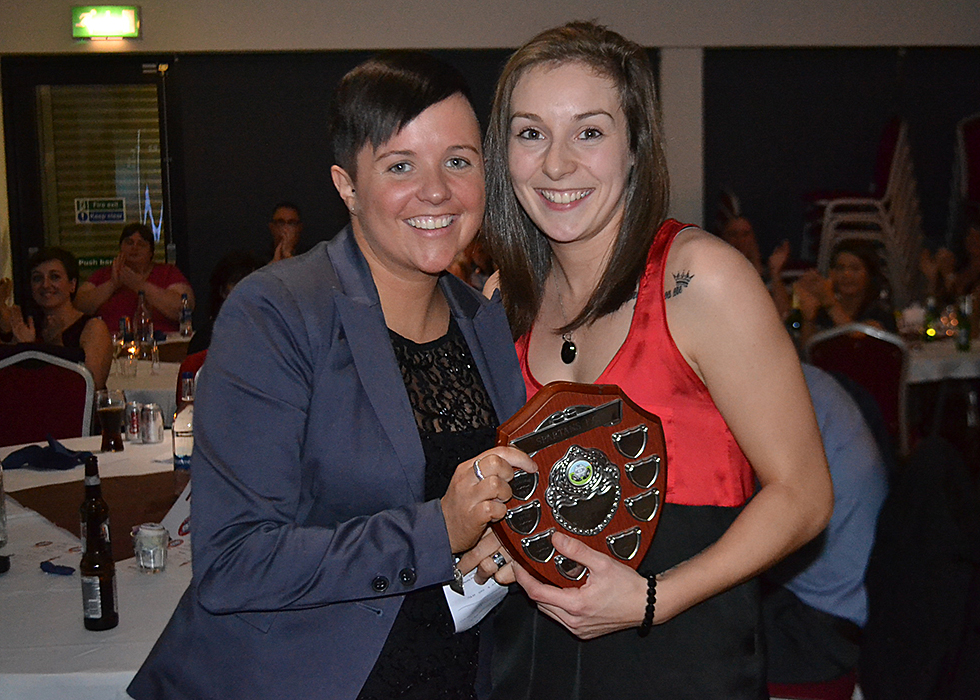 And the final award of  Player of the Year  went to Alana Marshall with the gifted player, who has played 27 out of 28 games for the club this season and playing in every position except goalkeeper, being praised by Manager Debbi McCulloch for her commitment and dedication to the club. 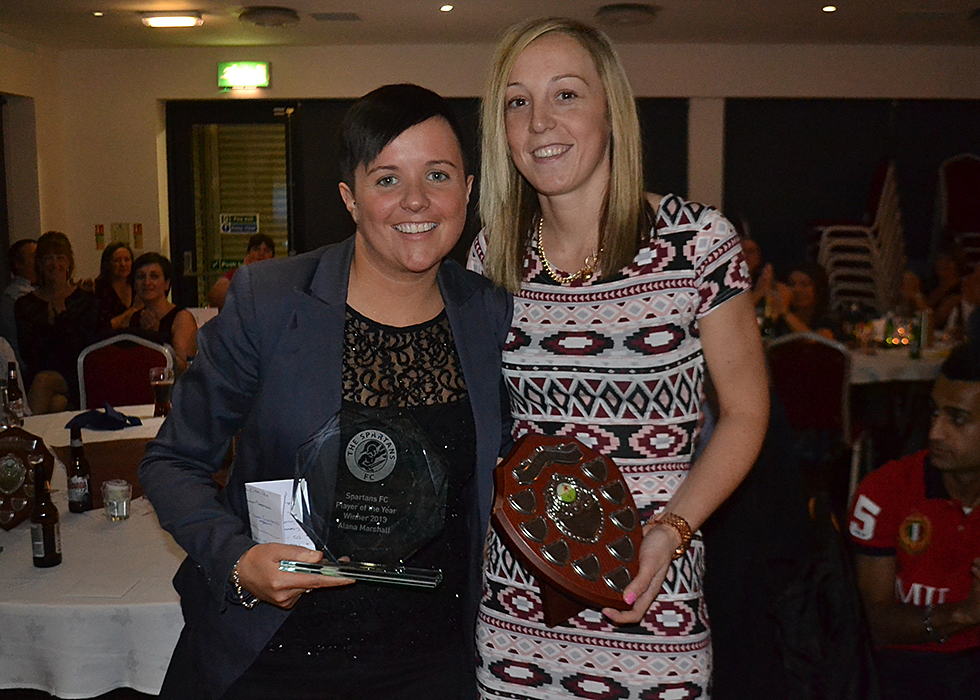