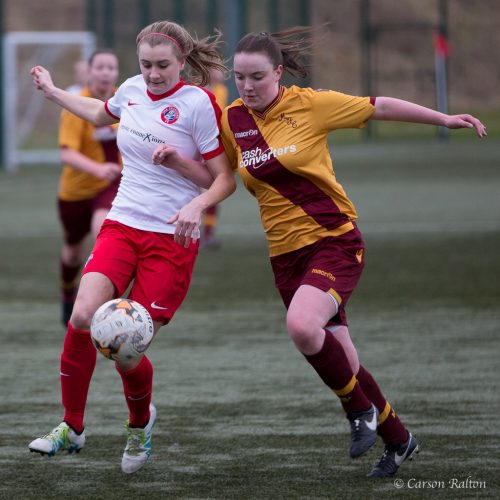 Spartans overcame Motherwell in a seven-goal thriller at Ravenscraig to progress in the Premier League Cup.

Simone McMahon and Laura Gavin put Suzy Shepherd’s side 0-2 ahead only for Pam Liddell to halve the deficit on the stroke of half time.

Moments after the restart, the home side drew level only for Captain Alana Marshall to restore Spartans’ lead.

The two goal advantage was regained when Bobbie Beveridge headed home however it was squeekybumtime in the latter stages when a ‘Well free-kick evaded the mass of bodies in the box to find the net.

Spartans held out to record a win in the first competitive match of the 2017 season.