The 16-year-old goalkeeper joins Spartans from Hibernian Ladies where she played in last seasons Scottish Women’s Football League and was recently nominated for Youth Player of the Year at the recent Scottish Womens Football Awards. With Charlene Lessells retiring at the end of last season, Spartans Manager Debbi McCulloch was keen to recruit a young goalkeeper to provide continued competition. 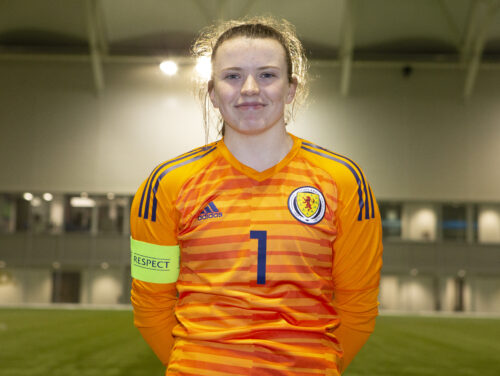 Spartans Manager Debbi McCulloch said “I’m really pleased to have secured Alicia’s signature for the forthcoming season. She is a player who we have admired for some time now so we undoubtedly know that she will be a great addition to our squad.”

“Alicia is still young but I have no doubt she will learn quickly as the level of ambition she has is a credit to herself and her family. Working alongside Spartans goalkeeper Rachel Harrison, and our GK Coach Colin Osborne, will only make Alicia better and give her the guidance she needs to play at the highest level. She reminds me very much of former Spartans goalkeeper Eartha Cummings, who now plays in the Barclays FA Women’s Super League for Bristol City, in terms of her physicality and talent.”

Speaking to SpartansFCWomen, Alicia said: “I’m really excited to be joining Spartans. This is a fantastic opportunity for me to develop, learn and challenge myself. I’m looking forward to joining up with the team and working closely with Rachel, Colin and the rest of the squad. I can’t wait to get started!”

Head GK Coach, Colin Osborne, also wanted to welcome Alica to the club: “Alicia signing for Spartans is fantastic news for the club. Alicia is a highly rated and talented international goalkeeper who has a great attitude and focus and I’m really looking forward to working with her. We see her being a big part of both the present and future of the club.”

Yates is McCulloch’s third new pre-season signing with the club announcing midfielder Holly Aitchison and striker Julia Moulton over the weekend and the gaffer is delighted by how pre-season has went so far.

“We want a strong and competitive squad for Season 2020 as we aren’t here just to make up the numbers! The players have been back for two weeks now and are looking hungry. The environment and drive within our team feels very different to this time last year. It has a greater sense of maturity and togetherness which is really positive.”

“Holly, Julia and Alicia have already had a positive impact on the squad in training and I have no doubt they will provide additional and fresh competition. We are still looking to make a couple more signings and will continue to pursue our targets over the next couple of weeks.” 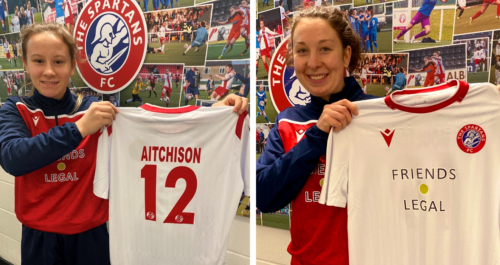 McCulloch also mentioned that Spartans winger, Beth McKay, has committed her future to the club. McKay featured in 24 out of a possible 25 competitive matches last season and was Spartans top goal scorer.  McKay said: “The best thing for me, in terms of continuing to learn and develop as a player, is to stay at Spartans for the upcoming season.  I’m looking forward to working harder on and off the pitch to achieve as much as I can for the team”.

Spartans have four friendly fixtures confirmed as they prepare for the SWPL 1 season kicking off on Sunday 9th of February against Hibernian Ladies. All matches will take place at Ainslie Park (1pm KO).