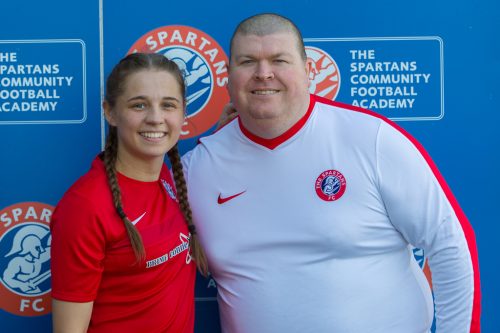 We are pleased to announce that Sarah Clelland will be sponsored for the 2017 season by Women’s football supporter Brian McMonagle, Brian has sponsored a few players over the last few years at Hibs and Glasgow City and now would like to lend his support to Spartans young defender. Brian stated “I have known Sarah for a few years now and I recognise what a great young talented player she is, I am proud to support her for the current season and look forward to watching her progress with this young Spartans side”.

It is great to see fans doing their best to support Women’s football in Scotland. Brian as well as sponsoring Sarah is boots sponsor for Hibernian captain and Scotland International Joelle Murray.