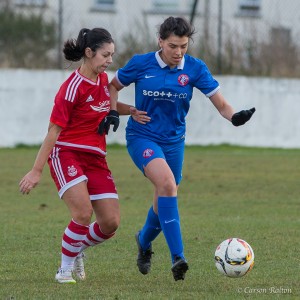 It’s Aberdeen first up on the 12th March with a journey up the M90 to Heathryfold Park followed by an away day to SWPL 1 newbies Hamilton seven days later.  Then on the 2nd April, its a return to the Excelsior Stadium to take on Glasgow City.

The Ainslie Park faithful finally get to see their side on ‘home soil (astro)’ on Sunday 16th April when Rangers come to the capital.

This season sees two midweek matches being played for the first time and both will take place under the lights at home.  Aberdeen leave the Northern Lights for the Pilton Nights on 17th May whilst an Edinburgh Derby at the beginning of the Fringe takes place on 9th August.

Cup ties to be announced soon, but in the meantime, here are your SWPL 1 dates for your diary.

Season ticket prices and how to get your hands on one will be announced in due course.