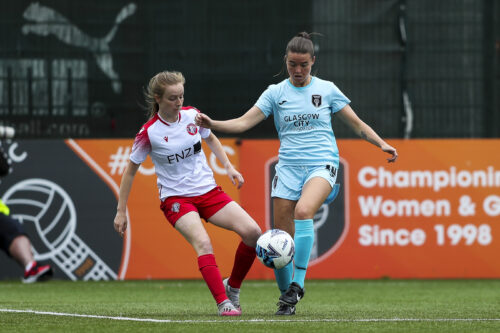 Spartans are back home to Ainslie Park as they face Glasgow City midweek in the SWPL.

The fixture was one of many that didn’t beat the freeze before the league’s winter break, rescheduled quickly as teams returned to competitive action just last Sunday in the Scottish Cup.

Glasgow City came out on top when the two sides met on the first day of the season. However, the team will be without Head Coach Eileen Gleeson, the Irish woman departing towards the end of December. Leanne Ross takes interim charge of the Glasgow outfit, seeing a winning start to her spell as they defeated Hamilton 4-0 to progress in the Scottish Cup.

The game sees a return of the SWPL, neither side having had a league match since December 4th. Spartans faced a trip to Aberdeen that day, Debbi McCulloch’s side coming from behind to earn a point on the road.

The game takes place on Wednesday 11 January, kick off 7:45pm. Tickets are available for purchase via Fanbase here. If you can’t make the trip to Ainslie Park, the game will be streamed via our Recast TV channel.