SWPL | Spartans on the road again to face Rangers. 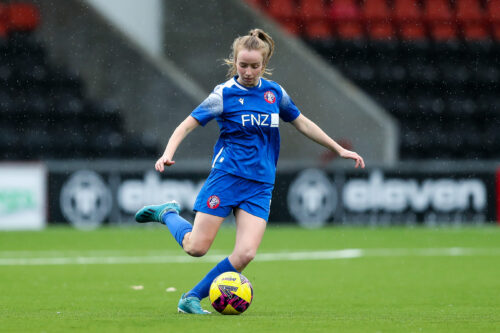 Spartans are on the road for the third consecutive match to take on Rangers at Broadwood Stadium in a return to SWPL action following Sunday’s Sky Sports Cup success.

Spartans last competitive meeting with Rangers saw tonight’s hosts run out narrow winners, Becky Galbraith scoring in that fixture to run the eventual champions close. Rangers needing a late winner form Middag to seal a 2-1 win towards the end of the 21/22 season. This is the first meeting for the sides this season but they will face again soon after, having been drawn against each other in the Semi-Final of the Sky Sports Cup.

Rangers booked their place in the Semi-Final with a 5-0 win over Motherwell. The Glasgow side boast an 100% record so far this season.

Spartans go into the fixture now unbeaten in six games. Most recently, the Edinburgh side knocked out Sky Sports Cup holders Celtic to progress to the Semi-Final.

Kick-off at Broadwood is at 8pm, with tickets available to purchase here.