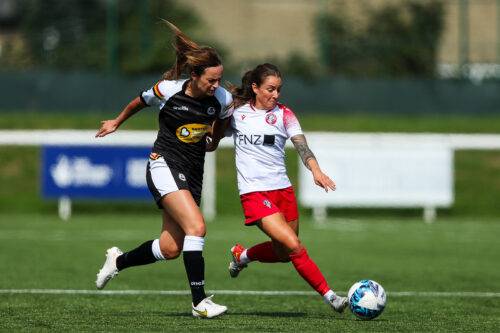 Spartans end their three game week in search of three points with an away trip to Petershill Park.

Debbi McCulloch’s side have had no shortage of minutes in legs as the team returned from the Christmas break with a Scottish Cup tie and a rescheduled fixture v Glasgow City at home. Spartans have made it through with fixtures with plenty squad rotation, with Head Coach McCulloch reporting midweek that she has a fully fit squad to select from. Partick with just the one game this week as they defeated Queens Park to progress in the Scottish Cup.

Games between the two sides are not historically high scoring affairs, four meetings all ending a point a piece, three of which ending goalless. A win for either side on Sunday would be a huge push towards securing a top six finish.

Kick off at Petershill Park is at 1pm, with tickets available on the gate (£7 for adults and £5 for concessions).