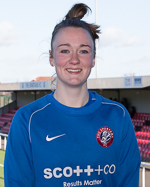 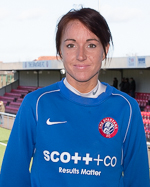 Spartans duo Kerry Montgomery and Rachel Harrison have both been called up by Scotland National Coach Anna Signeul to join the Scotland Team Squad at their training camp at Broadwood next week. 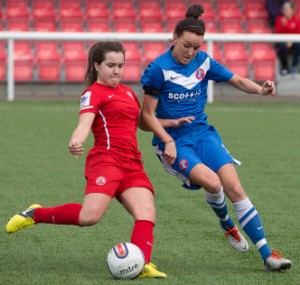 Montgomery,  who grabbed a hat-trick in last weekend’s 16-0 against Forfar in the SWPL was delighted to be called up into the squad.  “I’m obviously delighted to have been recognised for playing well and invited along to the training camp.  I’ve not been involved with the National set up since I was part of the u/23s, which was a few years ago now, so I’m happy to get the opportunity to be part of the two day event.

The 26 year old added, “I’m feeling at the top of my game just now and at a good fitness level so I’m looking forward to being involved with as much top level football as I can.” 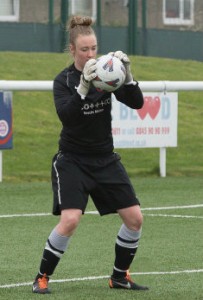 At the other end of the field, Harrison is included in Signuel’s squad for the second successive session.

The 24 year old shot-stopper, who saved a penalty in last Sunday’s win said, “It’s always a priviledge to be involved in the squad and it shows that hard work pays off.  Also, training with the best players in the country allows me to improve myself and aim to be the best at what I do.”