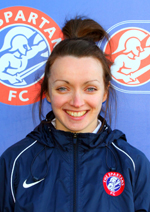 It is with regret that we announce the departure of Diana Barry and Elliss Jenkins from Spartans. 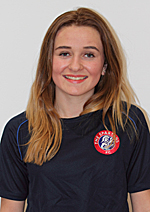 Di joined Spartans when it was formed in 2008 and played in 130 competitive matches out of a possible 147. Di will always be regarded as the first Spartans legend, all time top goal scorer with an incredible 133 goals in 130 games for the club. In the 2010 season Di scored a record 43 goals in league and cup fixtures.

Elliss joined Spartans at the beginning of 2013 and has shown great promise during her short spell with the club. Elliss made 26 appearances for the first team last season and 1 appearance for the Reserves, scoring 5 goals.

Spartans wish both players all the best for the future.